Ormskirk and Skelmersdale covers neighbouring areas of Bickerstaffe and Aughton. The parish church of St Peter and St Paul is one of the only three churches in England with a spire and a tower.

Ormskirk itself dates back to the 13th Century while Skelmersdale was designated a new town in 1961, although there is an entry in the Domesday book as early as 1086.

The River Tawd flows through Skelmerdale and into The Beacon Country park around Ashurst Beacon.

Ormskirk holds an open market twice weekly, originally on the junction of the main roads to Preston, Wigan and Liverpool. This is Marked by a stone Cross, there has been a market on this site since 1292.

Ormskirk is home to one of the fastest growing universities in the country Edge Hill University and many of its students volunteer with Girlguiding units in the town and local area during their time in the area.

The Division Standard shows the Lancashire rose and the keys and sword are from St Peter & St Pauls Church. 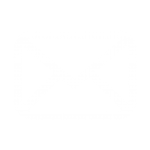